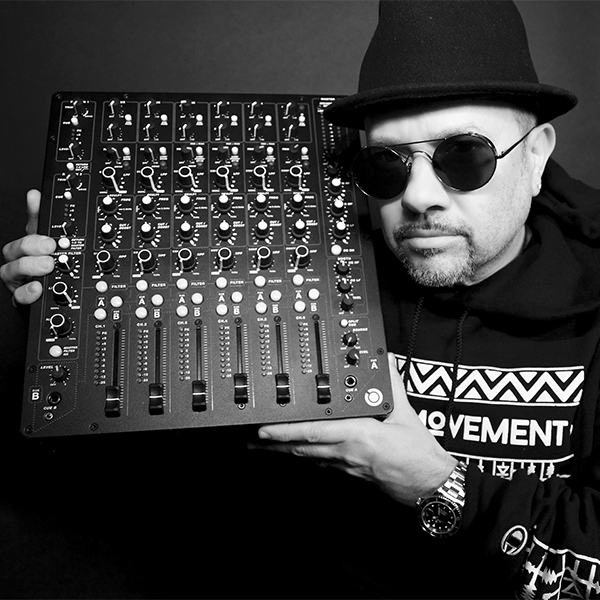 Impossible to pigeonhole and irreplaceable to the scene which he has helped build over more than 20 years, Louie Vega is the quintessential music professional. HeтАЩs the тАШDJтАЩs DJтАЩ, that name constantly thanked on an artistтАЩs album copy, the one who has influenced and defined countless other DJ-producers, from todayтАЩs brightest stars to those still beat-matching in their bedrooms. In 2008, the Grammy Award-winning DJ, Producer, songwriter, label owner & band leader and tireless champion of House and world music is only getting better; from Latin to Salsa, afro-beat to jazz, hip-hop to classics and all forms of house/dance music the best is yet to come.

"The Model 1 mixer is a great sounding mixer and works like magic at my gigs, all djs who are in the club recognize how good the room sounds when I'm playing on this mixer. Then they want it too!!! There is so much you can do with it creatively, I'm having fun with it. Play differently Model 1 is the mixer for the future, get on this spaceship early and get yours!"┬а- Louie Vega (Maw, Grammy Winner)